According to the U.S. Centers for Disease Control and Prevention, about one in six Americans (or, 48 million) get sick due to food-borne illnesses every year. This serious public health issue prompted the passage of the Food and Drug Administration’s (FDA’s) Food Safety Modernization Act (FSMA)—a sweeping piece of legislation designed to help the FDA stop these preventable illnesses rather than reacting to them. The actalso creates new enforcement authorities to improve food safety standards and contain food safety issues when they do arise.

However, before the law can be implemented, a number of the proposed components, “or rules,” are subject to a public comment period.  During this process, farmers, other food industry professionals and members of the public have an opportunity to provide feedback to the FDA about the proposed rules. As FDA considers these comments, the agency can revise language in the rules before they are finalized and implemented.

In recent months, the following proposed rules passed their initial comment periods and began making their way towards final revisions and publication:

Now, a series of revisions and publications in the Federal Register are taking place, some of which directly impact farmers and how they treat their produce with agricultural water. At the moment, the FDA is now seeking additional comments on its revised language for certain portions of its Produce Safety and Preventive Controls rules. 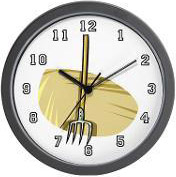 August 30, 2015: The FSMA’s final rules for Preventive Controls for Human Food and Animal Food will be published in the Federal Register.

October 31, 2015: Rules for Produce Safety, Foreign Supplier Verification Program, and Third-Party Accreditation will be published in the Federal Register.

March 31, 2016: Rules for Sanitary Transportation will be published in the Federal Register.

May 31, 2016: Rules for Intentional Adulteration will be published in the Federal Register.

Although there are currently no solid deadlines for the implementation of the remaining FSMA rules, the FDA did release its Operational Strategy Document, which will help guide the FDA’s strategic approach to executing the law. Once all final rules have been published, the FSMA’s long awaited roll-out will begin, with compliance inspections expected to begin in 2016, according to AIB International. You can keep track of the progress of the FSMA’s implementation at FDA.gov.

If you’re a farmer or food industry professional looking to get a head start on the implementation of the Food Safety Modernization Act, the Accu-Tab chlorination system facilitates low-maintenance, cost-effective sanitization of produce, red meat, poultry, and more. Click here to learn more about our system and how it works.