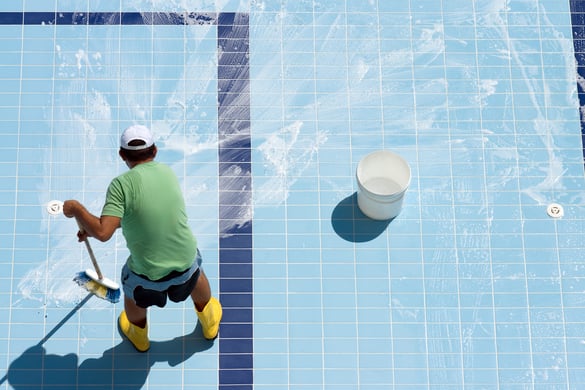 Until 2014, there was no nationwide standard issued by a government agency covering the maintenance of public pools, spas and other recreational water venues.

If you work in the aquatics industry, chances are good that you may have been operating under confusing city or state regulations. For example, some states incorporate NSF Standard 50 as part of their regulations, while some do not. Others may not incorporate it, yet follow it as a guideline.

To address this conundrum, public health officials across the country teamed up with the Centers for Disease Control and Prevention (CDC) to create a standard, evidence-based code to provide clarity to recreational aquatics management.

Recognizing the need for more standardization, the CDC began work on such a code in 2007. This enormous effort culminated in the issuance of the 2014 Model Aquatic Health Code (MAHC) as a guidance document for creating regulations and standards regarding pools, spas, hot tubs and other public recreational water venues throughout the country.

Another driving force to supporting the development of the MAHC was the rise of reported gastrointestinal diseases, waterborne illnesses (also known as recreational water illnesses, or RWIs) ranging from gastrointestinal diseases to wound infection and more. These ailments were on the rise for decades, while more than 30,000 children under the age of 10 visited the emergency department for all types of swimming-related issues each year.

In the long term, the CDC expects that the MAHC will help reduce the risk of outbreak of waterborne infectious diseases, fewer drowning incidents or physical impairments and a reduction in injuries from pool chemicals and disinfection byproducts.

While pools and other recreational aquatics facilities are free to continue using their own codes and standards, the CDC recommends that public health officials, aquatics facility decision-makers, operators and academia are encouraged to review and adopt the MAHC. Understanding its guidance can help operators make smart decisions about their aquatics facilities, including those responsible for pool disinfection.

Nervous about the MAHC attack? See how the Accu-Tab® system delivers chlorine in consistent amounts, based upon its unique and proven technology employed in thousands of aquatic facilities throughout the country.

Note: The Model Aquatic Health Code (MAHC) is not a mandated government standard. Individual states, counties and local municipalities may choose to adopt it at their own discretion.